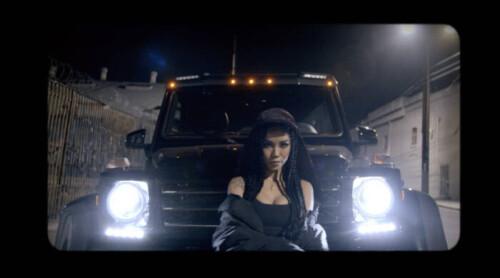 With over a decade in the music game, Jhene Aiko continues to prove why she’s a mainstay in music. Bringing genuine, soulful vibes on everything she does, Jhene flourishes – even in quarantine. With everyone glued to their screens (because what else is there to do?), the “Chilombo” singer unveils the new video for her single “One Way” featuring Ab-Soul. After winning “R&B Album of the Year,” there’s no slowing down for Jhene, even as the world is on pause.

The video follows Jhene on deserted city streets as Ab-Soul joins her in the later scenes. Aesthetically, the video boasts a vintage feel with grainy film effects and trippy transitions. Watch below.