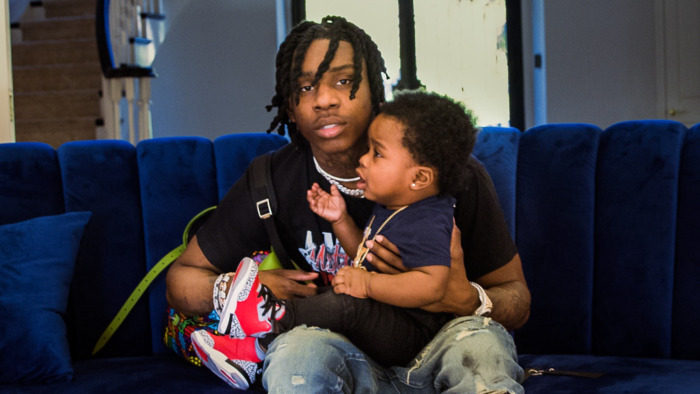 Hip-hop’s newest star and multi-platinum rapper Polo G has premiered ‘The Goat Documentary,’ an intimate look at his life thus far and into the process of making his critically acclaimed new album, which made an incredible debut on charts around the world last week.

The Goat Documentary explores Polo’s journey from the early stages of him striving to be an artist back in Chicago to becoming a full-fledged artist with a major record deal. The documentary also dives into Polo’s personal life as a family man and father, the ups and downs he’s experienced thus far, and also his community leadership efforts back in Chicago. It includes an in-depth glimpse into Polo’s time in the studio creating the new album as well as the months leading up to the release, including his huge splash at Chicago All-Star Weekend. Watch THE GOAT Documentary here.

THE GOAT album is a celebration of life and legacy and debuted at #2 in the US on the Billboard Top 200 with over 99,000 units sold, more than doubling the sales of his debut album DIE A LEGEND. An impressive ten songs from the album powered onto the Billboard Hot 100 this week as well. The new album saw chart success around the world debuting at #2 in Canada, #5 in Ireland, #6 in the UK and #10 in Australia, with additional notable chart debuts in the Netherlands, Sweden, New Zealand, Switzerland, Austria, Italy, Germany, and France.

THE GOAT is available now HERE.

Polo G is a 21-year-old Columbia Records rapper and recording artist from Chicago. Aptly named Polo G after his favorite lifestyle brand, Polo by Ralph Lauren, and his slain friend Gucci, Polo G is determined to leave his mark on the hip-hop community. He released his debut album Die A Legend to wide critical acclaim, hitting #1 on the Billboard Rap Chart and landing on various 2019 ‘Best Of The Year’ lists from the likes of The New York Times, Rolling Stone and Stereogum. Die A Legend is certified Gold by the RIAA and includes the massive 4x Platinum Billboard-charting hit “Pop Out” featuring Lil TJay. Polo G’s artistry stems from necessity. He utilizes music as an outlet to constructively verbalize the perils he and others faced in impoverished communities. His new album suitably titled THE GOAT delivers Polo G’s most powerful and heartfelt material to date. THEGOAT features the already Gold-certified single “Go Stupid” with NLE Choppa and Stunna4Vegas, as well as his latest release “DND”. Polo G launched the new album campaign during All-Star Weekend with a celebration in his hometown of Chicago, concluding with a special benefit concert called “Polo G & Friends,” which was dedicated to kids fighting depression and honored the late JuiceWRLD. His authentic message, coupled with the buzz he’s accumulated in a short time, positions him as a top artist to watch in 2020.